Open and Laproscopic Method of Appendectomy in Acute Appendicitis

Background: There is definitely added advantage of laparoscopic operations. Most of the surgeons now prefer these minimally invasive procedures. Laparoscopy has become the number one choice of educated and affording patients. Aim: The aim of the study was to compare and evaluate the open and laproscopic method of appendectomy in acute appendicitis.Subjects and Methods:The subjects undergoing appendectomy were evaluated for age, sex, episode number, duration of pain before presentation in hospital, operative time, conversion rate, wound infection, post-operative intra-abdominal abscess formation, and stay in hospital.Results:It was found that average operative time in open surgery was 67.5 minutes and 104 minutes in laparoscopic surgery, with a conversion to open in about 20% of the cases. Oral feeding in the open group was around the 5th day while it was around 2nd day in the laparoscopic group. Average hospital stay was also low in the laparoscopic group, being only around 5 days in laparoscopic group and around 8 days in the open group. Overall complications were also low in the laparoscopic surgery group.Conclusion:It was noted that though conversion to open operation was definitely high but there were other advantages of laparoscopic surgery as well. Stay in the hospital, beginning of oral feeds, requirement of analgesics, wound infection, intra-abdominal abscess; pulmonary complications were less in laparoscopy group. 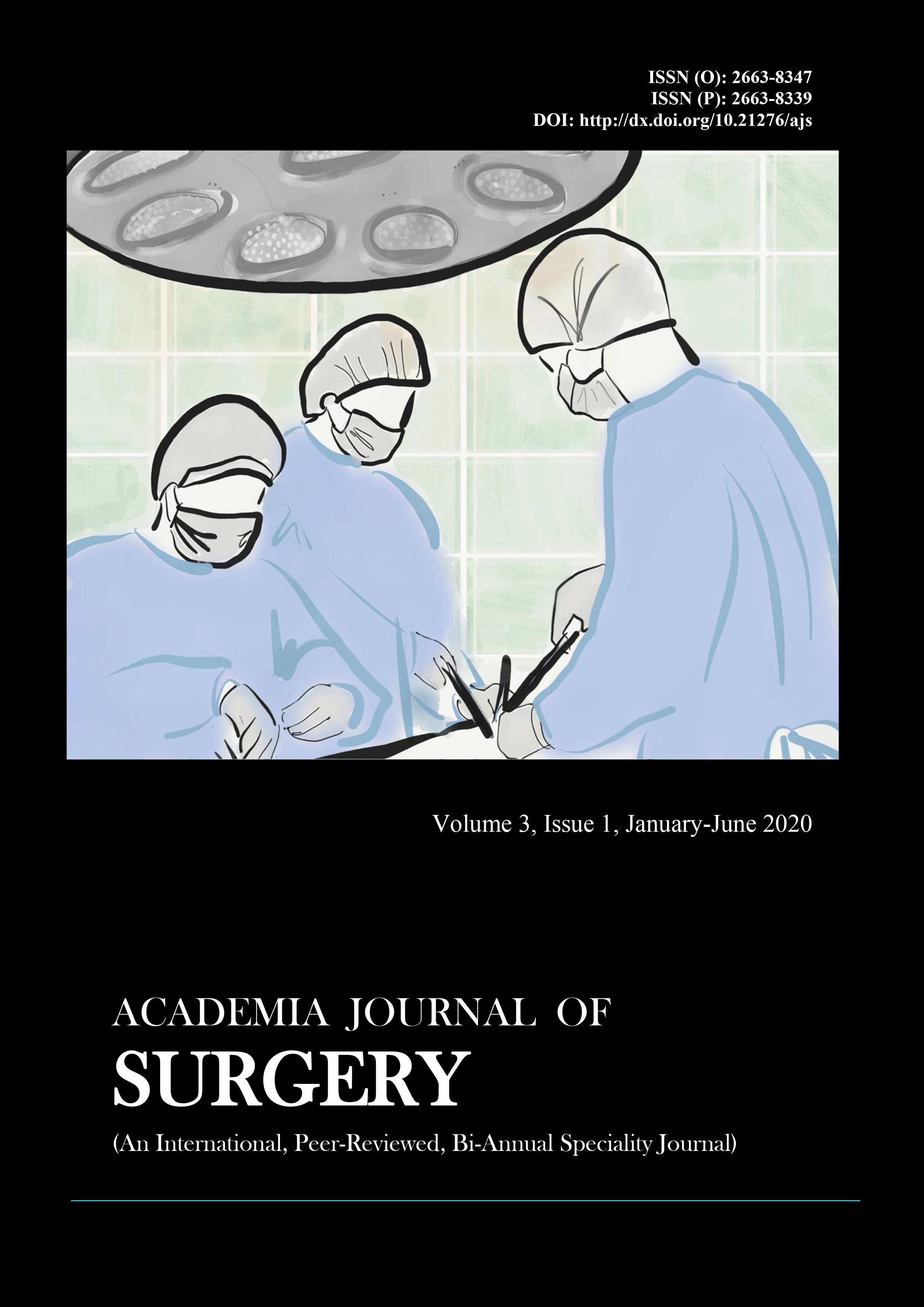